Marc’s accident occurred on a Monday morning, September 25, 1995. Marc was heading to work when a 10-wheel dump truck (landscaper), while attempting to avoid hitting another vehicle, crossed over into oncoming traffic striking Marc’s car and pinning it against a light pole. The landscape truck ended up on top of Marc’s car.

There were six vehicles total involved in the accident but Marc was the only one injured. Flight For Life-McHenry was requested to the scene by Streamwood Fire and after a one hour and forty-seven minute extrication, Marc was flown to Loyola Medical Center.

The rough road to recovery

Marc sustained a ruptured spleen (which they removed in surgery), three broken vertebrae in his neck, a gash to his head with his skull exposed, broken ribs, two collapsed lungs, displaced hip, broken leg and crushed wrist.

Five days after being in ICU at Loyola he came down with pneumonia and then later went into kidney failure and was on dialysis for 2-1/2 weeks. On October 31 they rushed him into surgery again as he was spraying blood from the site of his tracheotomy. They split open his chest as they thought the trach had worn away his main artery. As it turned out, it was the small arteries around the trach that had ruptured. Once he was stabilized from this surgery they were finally able to do surgery on his wrist which took seven hours. After 48 days in intensive care they moved him to a regular room, and then on day 50 moved him to the rehab center. He spent 2-1/2 weeks there before I insisted on taking him home and bringing him back and forth each day for therapy so that he could be home with his two children, Matt and Morgan, who were only 2-1/2 and 9 months old. At this point he had lost 50 pounds, had a halo on and could not stand up by himself, let alone walk. My father built a ramp in our garage so that I could get his wheelchair in and out. We set up a hospital bed and everything he needed in our family room. I bathed him in the kitchen and rehabbed him in the living room. It was a lot of hard work every day but Marc was determined and so was I.

It was well worth it to have us all together again and the kids gave him inspiration to keep going.

For those who lived through this with us there isn't a single person who isn't amazed at how truly fortunate Marc is. After all that he had been through the only permanent damage is that he cannot bend his left wrist all the way or put pressure on it with an open hand; he has to make a fist. That is it!!! At the end of February, 1996, he went back to work on light duty in the warehouse and by summer he was back out on his truck delivering beer and is still doing so today. In 1998 we were fortunate enough to have another addition to our family. Nick will be 16 this summer and is another reminder of how blessed we are. Marc definitely has some aches and pains, but it is a small price to pay. Life is good! 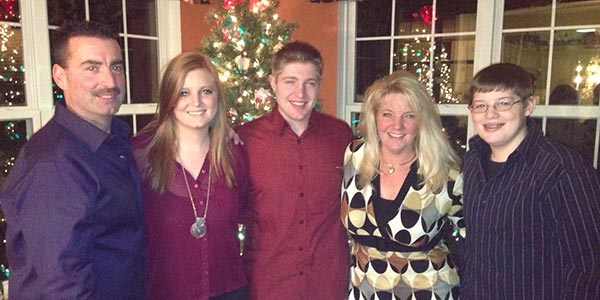 Words cannot explain how appreciative we are to Flight For Life and the crew that saved Marc’s life. We will forever be grateful!!