Surviving a Fall into a Channel

September 25, 2009 will forever be remembered by the family of three year old Ben Nachowicz. Ben, his brother Joe and mom Michelle were outside at their home in Fox Lake which is right on the channel. While the boys were playing Michelle stepped inside the house for a moment and when she came back out Joe was crying that Ben was in the water. 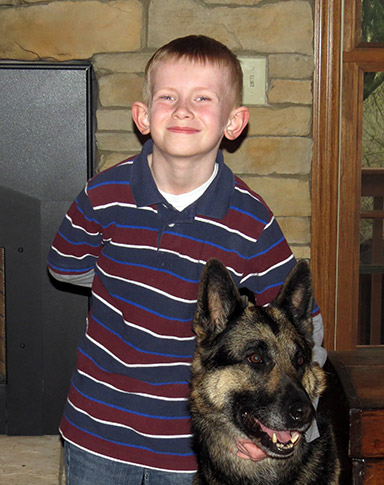 Michelle rushed to pull him from the water and called 911. Fox Lake firefighter/paramedic Curt Martin, a neighbor just happened to be driving by and responded to the call. He and Michelle performed CPR on Ben until the fire department arrived on scene. Ben was transported to Centegra Hospital-McHenry and then flown by Flight For Life-McHenry to Advocate Lutheran General Hospital in Park Ridge. His prognosis for survival was very poor.

Ben was hospitalized at Lutheran General until October 2nd which was only seven days after he fell into the water. He was discharged home with only an IV to administer antibiotics for infection!

According to Curt Martin, “If it wasn’t for the professionalism and quick thinking of all involved, Ben would not be here today. We are all truly grateful for how things turned out for Ben and his family.”

Comments for "Surviving a Fall into a Channel"