My name is Sarah Schaefer and on August 26, 2010 I fell off my horse and broke my leg. My horse stepped on me causing a compound fracture to the femur in my right leg. When I was found I was evaluated by paramedics and Flight For Life was called right away. It turns out the dispatchers at Flight for Life’s headquarters heard the call for the ambulance and started getting the helicopter ready to go. 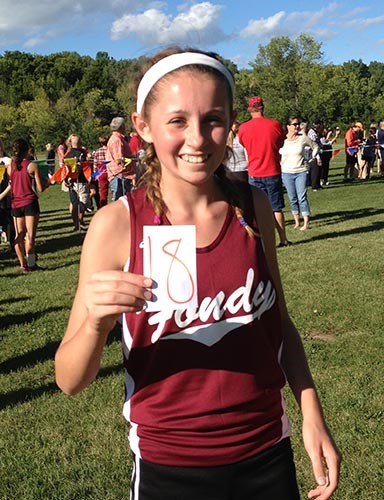 They landed right in front of my house, and took me to Children’s Hospital of Wisconsin in Milwaukee. The medical crew on the helicopter were very calm and relaxed. I still remember the paramedic telling me it’s going to be okay. I also remember trying to look outside and then the flight paramedic started to describe what was outside. One other thing I remember is asking the paramedic and nurse if they could pray with me and they did; I also prayed for them.

From that accident I have had six surgeries all including long and tiring months of physical therapy and mountains that seemed unmovable. But now almost four years after the accident, I have moved mountains that I thought could never be moved, such as running cross country and track, playing basketball, and getting back on horses again.

Flight For Life saved me from a lot of pain that day and I will never be able to thank them enough for their kindness, compassion, and support.

From Flight Nurse to Softball Teammate

September 16th, 2010 is a night I will never forget ,and neither will my family.

Good morning, and welcome to July 2, 2011. As I got up that morning I went on an amazing three and half mile training run, gearing-up for the Plymouth, Wisconsin Cheesehead Chase 5K Race in which my goal was to win my age group. Running eight minute miles was a great accomplishment that day, but that is the last thing I will remember for quite some time.