Tragedy Leads to a Career in Nursing

Saturday April 28, 2007 was my worst day, and some of your crew members might remember it. 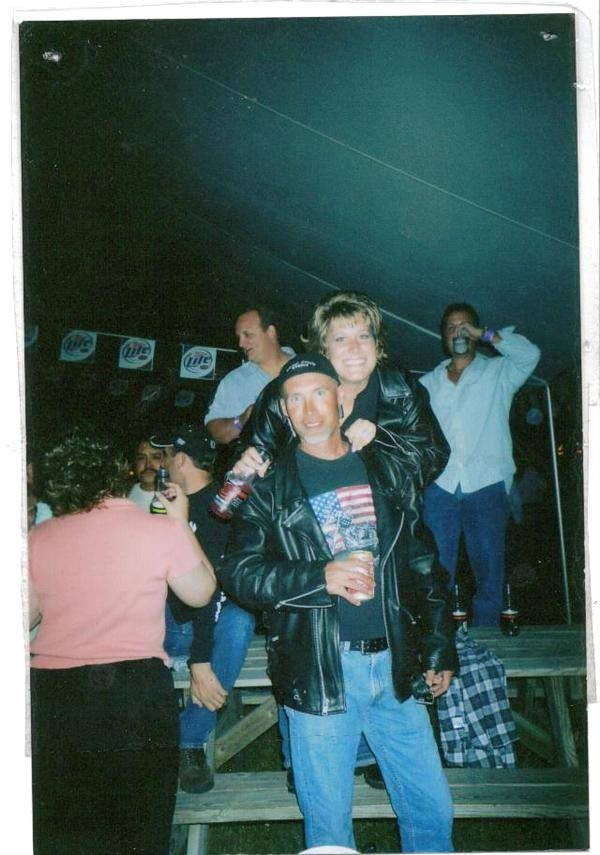 It happened at approximately 12:30 pm, at the intersection of Racine Avenue and Kelsey Dr. in Muskego. I was 15 years old and participating in a track meet. My parents, Lynnette and Ronald, had left the track meet on their motorcycle and were going home. At 4:30 pm the bus dropped us off at Muskego High School. My parents were supposed to pick me up but they were not there. I called, and called again only to be sent to their voicemails. Soon I was the only person left in the parking lot. After many more failed calls I walked across town to my friend’s house with a lot of thoughts going through my head.

Shortly after I got to my friends house, I got a phone call that showed up as "restricted" on my caller ID; my heart sank.

My worst nightmare was about to become a reality.

The police officer on the other end of the line was a Liaison officer from Lake Denoon Middle School who I had grown very close to over the years. He asked me where I was and told me that he was going to come there to talk to me. When he arrived at my friend’s house, he broke the news that my parents were involved in a motorcycle accident. He said that when trying to go around a car that was turning at the intersection, another car had started to pull into the intersection. That driver didn't see my parents coming. They slammed into the car going at least 60 MPH. The officer told me "I am so sorry, but your dad died immediately. Your mom was flown to Froedtert Hospital by Flight For Life, but it doesn't look good." Finally after 7:00 pm that night, I was reunited with this woman people told me was my mother. Because of her injuries she was hardly recognizable. I didn't want to believe it was her. Her head was so swollen, some of her hair shaved off, and she was on a ventilator.

Over the course of the next two months she slowly recovered. She could follow commands and squeeze my hands when asked. Eventually she was taken off the ventilator but still had a trach. I never did hear her talk again. It was then decided that she was stable enough to be moved to a floor. 2NT, the trauma floor, was full so she was sent to their sister floor 5SW, the ortho trauma floor. It was a day before she was supposed to start rehabilitation at Froedtert that we got a phone call saying my mom was sent back up to the SICU as she had suffered a critical setback.

After conversations with the doctors, we decided that she would not want to live this way and we took her off life support and stopped the tube feeds. She passed away on June 7, 2007 on 4NW, the palliative/oncology floor at Froedtert leaving me, an only child, without my parents.

I moved between my grandparent’s house and that of my aunt and uncle after that eventually settling in with my aunt Michelle and uncle Steve. This allowed me to stay in the same school district where I had friends and stability. Jaime is one of my best friends; we have been friends since we were four years old. She was one of my biggest supporters throughout all of this, and still is today. One of my other friends, Jeremy, reached out to me after the accident on MySpace as he lived close to the intersection where it happened. After about a year we reconnected and from there a relationship developed. After we both graduated high school, I moved in with him until I left for college in the fall. Together that summer we prepared for our futures. I was accepted to Carroll University as a direct admission to their four-year Nursing program and he enlisted in the United States Army. We knew it would be a long road, but was sure it was going to be the best for our future. In August 2010 I moved into the dorms and in February 2011 Jeremy left for basic training for the United States Army and we spent the next four years working hard from miles apart to be able to have a life together in the long run.

Over the next four years Jeremy deployed overseas twice in-between his different training events within and outside of the country. I stayed back in Wisconsin to complete my nursing degree. He proposed after he graduated AIT, his technical training for his job as a mechanic. After AIT he attended Airborne school and was then stationed in Colorado where he deployed for the first time shortly thereafter.

We wanted to wait until after he was out of the Army and I graduated to get married, but once he got orders to deploy to Afghanistan I told him he was not leaving until he married me! I was more than familiar with the fact that life gives no second chances and I wasn’t willing to miss out on the opportunity to marry him.

I flew out to Colorado during spring break in March 2013 where we had an extremely small wedding in the mountains consisting of the two of us, the pastor, and the photographers. One week later I flew back to Wisconsin to continue school. After my semester ended in May we were able to spend three straight weeks together before he deployed; it was the longest time we were able to spend with each other since high school. After he left I went back home to Wisconsin and waited for school to start again. 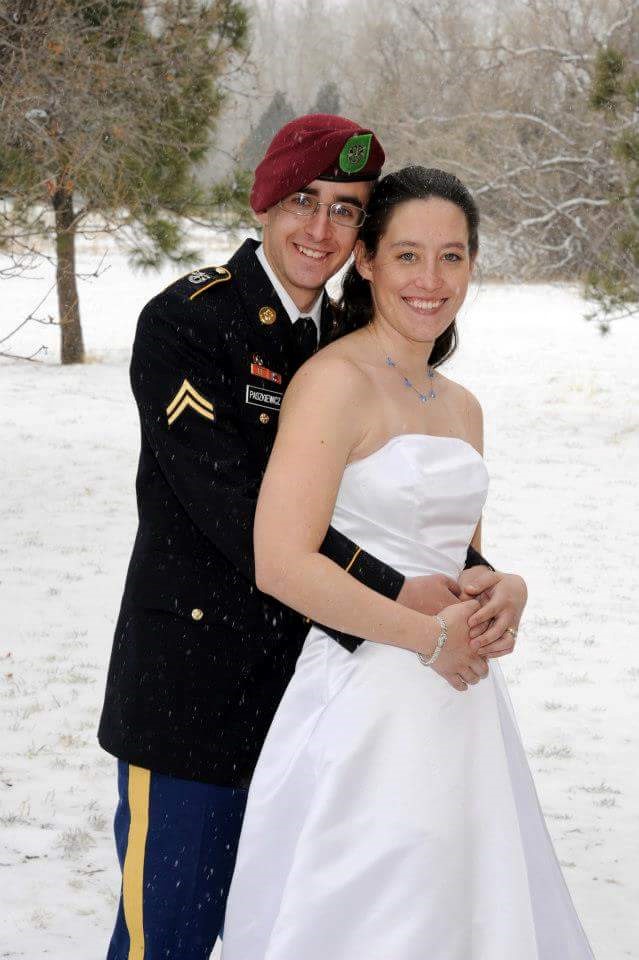 It is because this situation and Flight For Life has everything to do with where I am today. I was only 15 at the time but made up my mind that I was going to pursue a career as a Nurse, and hopefully someday become a flight nurse. I am now 23 years old and I graduated with my BSN in May 2014 from Carroll University. Before I graduated I accepted a job at Froedtert hospital on 2NT, the trauma floor where I had my capstone experience my last semester of school, and have been working as a nurse there for more than nine months. It is the first step to the many baby steps I will have to take to get to where I want to be, flying as a flight nurse for Flight For Life. I believe everything happens for a reason.

My story is not an easy one, but it made me who I am today. I saw the hand I was dealt and I played it. In the end, I made a career for myself, and my husband and I found our happily-ever after and are homeowners at the age of 23.

Every day I count my blessings and know that I have a lot to be thankful for today. I have my family who kept pushing me to fight and supporting me to get to where I am today. I have my friends who have been with me through thick and thin, and my husband who helped me walk down the path of grief and healing. On the long road in the hospital, my mom’s SICU nurse sparked the initial flame in my head that I wanted to be a nurse; we still talk to this day. The long road that I took to get here was not walked alone, I gained many friends and family along the way; for that I am forever grateful.

I initially wrote to you stating that I had never even heard the names of the people who helped my mom that day. I can’t tell you how grateful I am that I was given the opportunity to meet them, and thank them for everything that they did. I still want to extend a thank-you to Flight For Life for being my Mother’s angels that day and for giving me a future and a goal. Someday I can only hope to be somebody’s hope on their worst day like you all were for me.

From Flight Nurse to Softball Teammate

September 16th, 2010 is a night I will never forget ,and neither will my family.

Comments for "Tragedy Leads to a Career in Nursing"