April 6, 2012, which happened to be Good Friday, will forever be remembered by the family of then 16 year old Morgan Hofmann. Morgan and his friends were “longboarding” (a longboard is a longer and faster version of a skateboard) in a new subdivision in Woodstock when he fell and hit his head.

Unfortunately, Morgan was not wearing a helmet at the time, and he suffered a traumatic brain injury (TBI). Fortunately, his friend Adam recognized he needed help and called 911; Woodstock Police and Fire/Rescue responded to the scene.

Eric Lozowski, Woodstock firefighter/paramedic, was the ambulance officer in the arriving ambulance. Eric has two boys of his own and understood the gravity of what Morgan’s parents would be facing with an injury such as this.

“All I could think of was that this was Good Friday, typically the beginning of a time of joy and celebration, but Morgan’s family would be spending this weekend and potentially many others in a hospital watching over their son.”

After assessment by the paramedics, Flight For Life-McHenry was dispatched and Morgan was transported to Advocate Lutheran General Hospital in Park Ridge. His prognosis for survival and recovery was very poor. Flight nurse Patty Mitchell recalled afterwards, “As I finished Morgan’s chart, I hoped that his outcome would be different than a previous skateboarder that I had flown with the same type of injury. That young man did not survive, and I did not want that to happen to Morgan and his family.”

Morgan was hospitalized at Lutheran General until April 30 and then transferred to the Rehabilitation Institute of Chicago for inpatient rehab where he stayed for only 13 days! He was discharged home on May 12 and continued his outpatient rehab at Centegra Neuro Rehab in Crystal Lake. On August 16, he started his senior year at Woodstock High School.

Many things worked in Morgan’s favor that day. 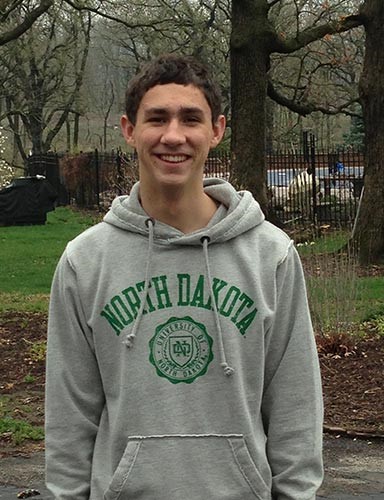 Woodstock Fire/Rescue recognized his need to go a pediatric-capable Level I Trauma Center based upon his injuries, FFL-McHenry was available to provide rapid transport to Lutheran General Hospital, and he was enrolled into a very promising multi-national clinical trial called SyNAPSe that is trialing the use of progesterone to improve the neurological outcome of patients with TBI. Lutheran General is one of only 100 hospitals on an international level involved in this clinical trial. Fortunately Morgan met all the inclusion criteria and was enrolled in the study with the permission of his parents. It is not known whether or not he received the progesterone, but one thing we do know – his survival is a miracle!

Morgan’s story is truly remarkable, especially considering that 1.7 million Americans suffer a TBI every year with approximately 52,000 deaths. The Centers for Disease Control and Prevention estimates that at least 5.3 million Americans currently have a long-term or lifelong disability as a result of a TBI. “That day the system worked exactly as it is supposed to, and we have everyone involved to thank for giving our Morgan back to us” said Camille, Morgan’s mom. Each of the individuals involved in Morgan’s survival and subsequent recovery is grateful for his outcome and amazed, not only because he survived, but because he has made a full recovery.

Morgan graduated from high school with honors on May 19, 2013. In the fall he will begin his college career at the University of North Dakota, where he will study petroleum engineering.

Comments for "Amazing Survival and Recovery"