Former patient Kayla Radtke and her mom Melissa came by to visit the Flight For Life-McHenry base in June to present the crew with a $2000 donation. The donation came from the proceeds of an annual golf outing fundraiser that is held in honor of Melissa’s mom, JoAnn Wagner, who died of pancreatic cancer when she was only fifty-four.

The money will be designated to help update the current FFL mock helicopter egress trainer that is used to train air medical crews how to get out of a helicopter during emergency situations.

It was on May 5th, 2009, that 14 year old Kayla Radtke was involved in an ATV accident near her home in Wadsworth. The Newport Township Fire Protection District was dispatched to the scene by Gurnee 911 Dispatch. Based upon the information given by Melissa, a paramedic with Countryside Fire, Flight For Life-McHenry was also immediately requested to the scene. Kayla was flown to Lutheran General, a level one trauma center, in Park Ridge. She had suffered a near-fatal traumatic brain injury among other serious injuries. Her prognosis was very poor.

Kayla was hospitalized at Lutheran General for just under one month and then transferred to the Marion Joy Rehabilitation Facility for an additional two and a half weeks of inpatient rehabilitation. She then continued her rehab on an outpatient basis.

Kayla is now sixteen years old and a junior in high school. She continues to face issues related to her traumatic brain injury and will be going back into rehab for additional therapy this summer. She is looking forward to college in the future though she has not decided exactly what she wants to be when she grows up!

Flight For Life is extremely grateful to Kayla and her family for this very generous donation and for Kayla's survival and continued recovery. We look forward to keeping up with Kayla as she continues her journey to recovery. 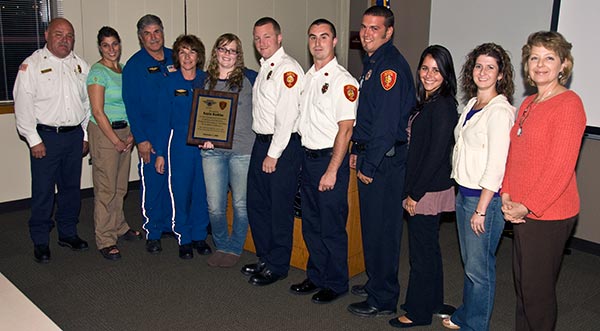 In Kayla’s own words:

Overcoming a life changing accident was not something that I had on my bucket list but such an experience has shaped my well-being. After a traumatic accident on May 5, 2009 I would have a long road of recovery ahead of me. Within the next few years of my life I would learn to overcome my struggles by participating in physical, occupational, and speech therapy. This would all begin at Lutheran General Hospital, where my valiant Flight-for-Life crew would transport me.

Coming out of an induced coma it was evident that there were some side effects of the accident. My facial droop for one was clear to the people around me; but no worries this would go away within a matter of months. The impact of the accident has left me with a Traumatic Brain Injury (TBI). Although TBI’s differ in significance from one person to the other mine has ultimately affected my memory. Along with building my strength this was a major area that my therapists would strive to improve.

Over the course of a month my strength to walk again came back with ease but for the next few years I continued to find new ways to help me remember new information; this was problematic. I struggled on tests in school but would ace all my homework assignments since all the information was still fresh. Family members attempted to find new ways to help me retain the information; some strategies worked others not so much. Once I found my trick to studying after a year or so with this injury school became a lot easier.

Not only am I now a 2013 high-school graduate I am an honor roll college student who plans to dedicate her life to those who face difficulties learning. What am I going to school for you may ask? I’ve found Special Education to be the most rewarding career choice. The struggles that I have faced with the aid of therapists, family, and friends to overcome a life changing event has given a new meaning to my life.